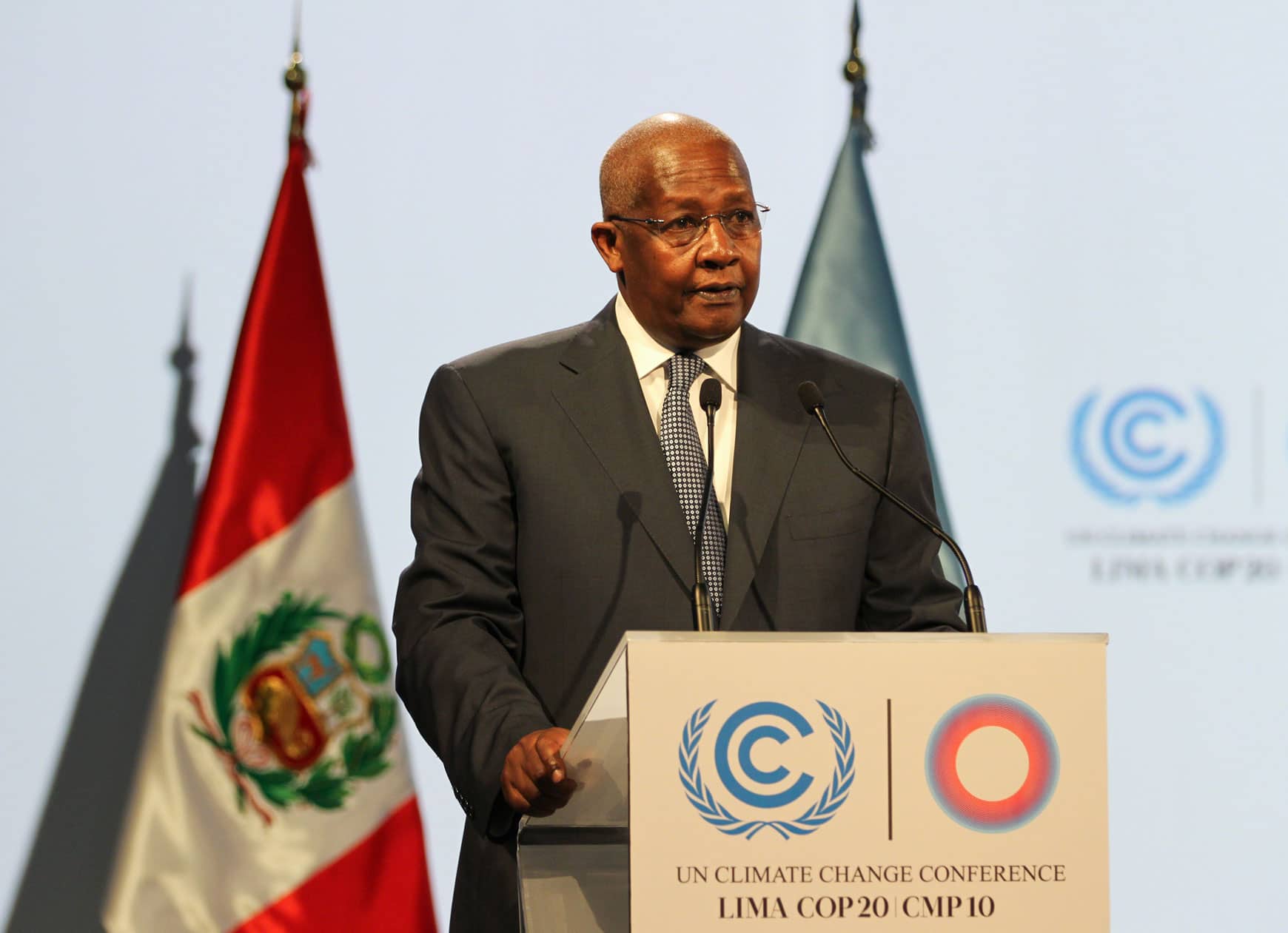 Sam Kahamba Kutesa was elected President of the United Nations General Assembly’s sixty-ninth session on 11 June 2014. At the time of his election, he was serving as Uganda’s Minister for Foreign Affairs, a post he held since 2005.

A lawyer, parliamentarian and businessman, Mr. Kutesa brings to the position wide-ranging experience in international affairs. During his tenure as Foreign Minister, Uganda has hosted high-level meetings of key intergovernmental bodies such as the Commonwealth Heads of Government Summit in 2007, the Council of Ministers of the Organisation of Islamic Cooperation (OIC) in 2008, and the African Union (AU) Heads of State Summit in 2010. Uganda also served its two-year term on the UN Security Council as a non-permanent member, in 2009 and 2010.

At the regional and subregional levels, Mr. Kutesa has hosted top-level gatherings of organizations such as the East African Community (EAC), the Common Market for Eastern and Southern Africa (COMESA) and the International Conference on the Great Lakes Region (ICGLR). From 2011 to 2014, he chaired the ICGLR’s Regional Inter-Ministerial Committee which deals with challenges such as consolidating peace and stability in eastern Democratic Republic of the Congo (DRC), promoting transparency in the exploitation and sale of natural resources, and countering sexual and gender-based violence.

As Foreign Minister, Mr. Kutesa has played a key role in the Inter-Governmental Authority on Development (IGAD), in regional peace processes in the Sudan and South Sudan, and in stabilization efforts in Somalia. Further, during his tenure, the East African Community, to which Uganda belongs, has achieved significant milestones in strengthening regional cooperation and economic integration, establishing a Customs Union in 2005 and a Common Market in 2010, and signing, in 2013, a protocol laying the groundwork for a monetary union in the region by 2023, to increase commerce and boost regional trade.

An elected Member of Parliament for more than three decades, Mr. Kutesa was a member of Uganda’s Constituent Assembly and Chairman of that body’s Political Systems Committee, during which time he contributed to drafting a new Constitution for the country, adopted in 1995. From 2001 through 2005, he served as Minister of State for Finance, Planning and Economic Development, in charge of investment, and from 1996 to 2000, as Minister of State for Planning and Economic Development. He was his country’s Attorney General from 1985 to 1986.

In the private sector, Mr. Kutesa worked as Legal Secretary for the worldwide conglomerate Lonrho East Africa, and served in a consultative capacity on the Uganda Advisory Board of Trade, and on the National Textiles Board. He also practiced law in his country, specializing in corporate law and litigation.

Born in Uganda on 1 February 1949, Mr. Kutesa holds an Honours Degree in Law from Makerere University and is an advocate of the High Court of Uganda, having completed post-graduate studies in legal practice at the Uganda Law Development Centre. He is married with six children.