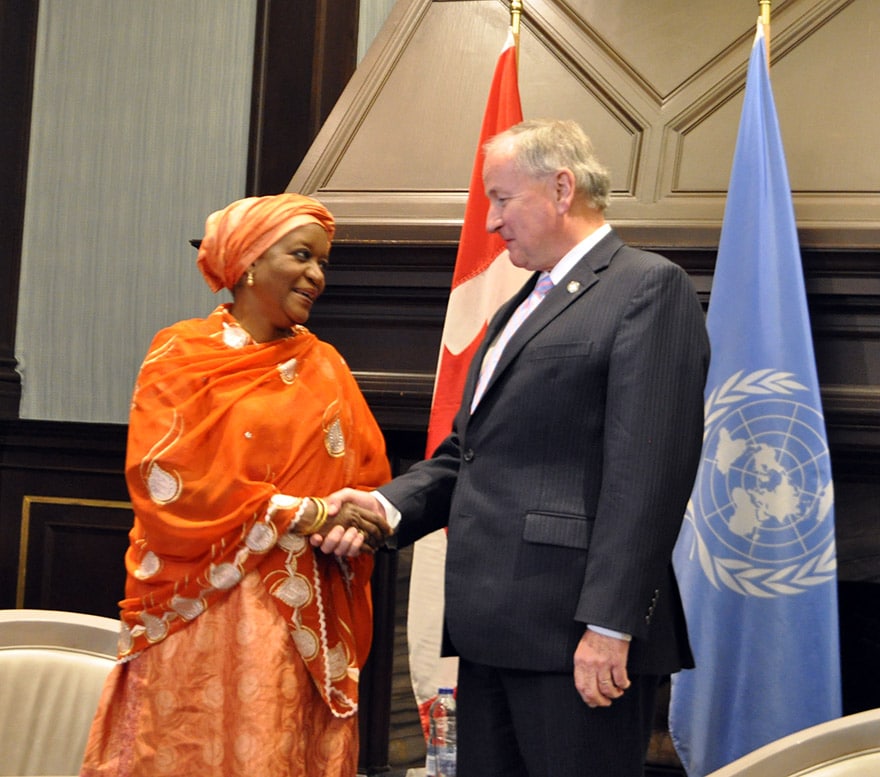 On 22 June 2012, United Nations Secretary-General Ban Ki-moon announced the appointment of Zainab Hawa Bangura of Sierra Leone as his Special Representative on Sexual Violence in Conflict at the level of Under-Secretary-General. Ms. Bangura replaces Margot Wallström, to whom the Secretary-General is grateful for her dedicated service and able leadership in achieving milestones within a challenging mandate.

Prior to this, Ms. Bangura was the Minister of Health and Sanitation for the Government of Sierra Leone, and brings to the position over 20 years of policy, diplomatic and practical experience in the field of governance, conflict resolution and reconciliation in Africa. She was previously the second female Minister of Foreign Affairs and International Cooperation, including Chief Adviser and Spokesperson of the President on bilateral and international issues. Ms. Bangura has been instrumental in developing national programmes on affordable health, advocating for the elimination of genital mutilation, managing the country’s Peace Building Commission and contributing to the multilateral and bilateral relations with the international community. She is experienced in meeting with interlocutors in diverse situations, including rebel groups, and familiar in dealing with State and non-State actors relevant to issues of sexual violence while fighting corruption and impunity.

Ms. Bangura has on-the-ground experience with peacekeeping operations from within the United Nations Mission in Liberia (UNMIL), where she was responsible for the management of the largest civilian component of the Mission, including promoting capacity-building of government institutions and community reconciliation. She is an experienced results-driven civil society, human and women’s rights campaigner and democracy activist, notably as Executive Director of the National Accountability Groups, Chair and Co-founder of the Movement for Progress Party of Sierra Leone, as well as Coordinator and Co-founder of the Campaign for Good Governance.

Ms. Bangura is a former fellow of the Chartered Insurance Institute of London, possessing Diplomas in Insurance Management from the City University Business School of London and Nottingham University. She received her Bachelor of Arts from the Fourah Bay College, University of Sierra Leone.

Born in 1959, Ms. Bangura is married with two children.